Cheesly, Alpine, Fancy Pants & Phillip: The Platypus Brothers. Edward's four older brothers who are older and more successful placing Edward below them as an embarrassment to their family. 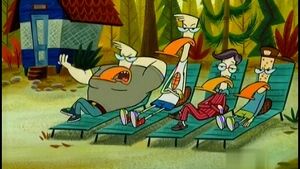