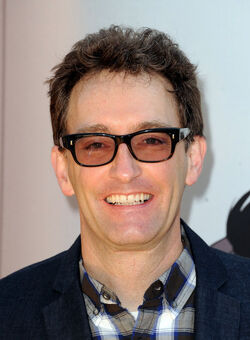 Thomas James "Tom" Kenny is an American voice actor who is best known as the voice of SpongeBob SquarePants, Tom also voices Heffer Wolfe from Rocko's Modern Life, Spyro from the Spyro the Dragon video game series, and the voice of Rabbit from Winnie the Pooh 2011 replacing Ken Sansom.

He voiced many of the characters in Camp Lazlo.

Retrieved from "https://camplazlo.fandom.com/wiki/Tom_Kenny?oldid=20872"
Community content is available under CC-BY-SA unless otherwise noted.